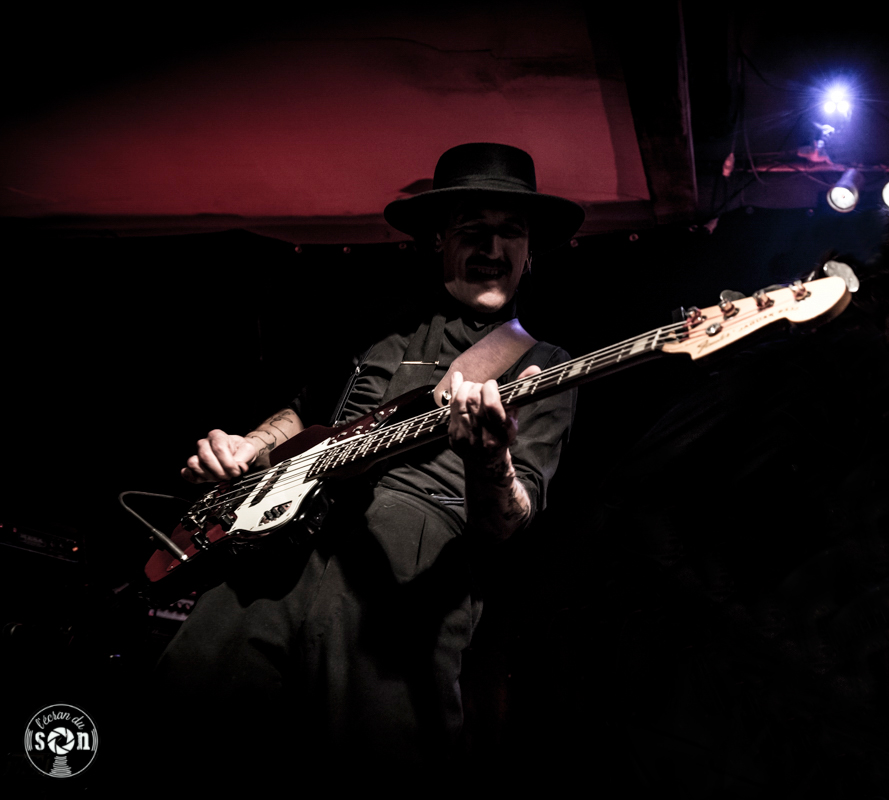 Oscar Galea Coca was born in San Fernando (Andalusia), Spain. He has been living in Bordeaux since 2005 and has been jointly developing a career as a jewelry designer and as a musician.

Multi-instrumentalist bass player from his beginnings in Spain with the Spanish Punk rock band “eseoese” from 1995 to 2000 and the electronic-noise-post rock band “Henry”  from 2000 to 2004 Kuito recordings, Popstock, Warner/Chappell music spain.

Currently and since the end of 2014, he is the bass player and active member of the post-punk-dance band “Sweat like an Ape!” with which he records the last two albums with Platinum records. Video ” Groom of Doom “ & ” Sweety “ (Release Party last album- Krakatoa 23/05/19), My silent House (offial video).

For the past year, he has been developing « Kokolioubov », a cold / wave / trans duo with Elizabeth Saint-Jalmes as well as his solo project « Tio Madrona » in which, as a multi-instrumentalist and singer, he digests Hispano-arabish sonorities to create a dark and onyric atmosphere.